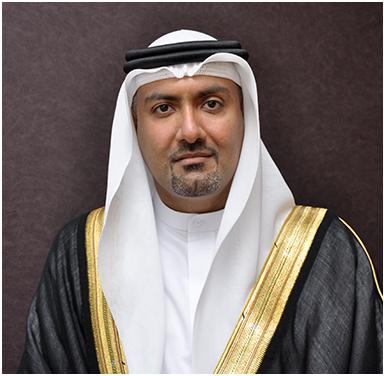 H.E. Dr. Nabil Al Yousuf, Chairman of Sadara Company. Previously served as Director General of the Executive Office of H.H. Sheikh Mohammed Bin Rashid Al Maktoum, Vice President, Prime Minister and Ruler of Dubai – where he led the team that was in charge of developing Dubai Strategic Plan 2015. He also contributed in the establishment of several major initiatives, such as the “Dubai School of Government” and the ’Dubai Cares’ campaign. He was chosen as one of the Young Global Leaders by the World Economic Forum. He has a Bachelor’s Degree in Industrial Engineering from the University of Arizona, USA, and two Masters Degrees – one in Operations Research from Georgia Institute for Technology, and one in Business Administration from the University of Strathclyde in the UK. . In 2016 he was awarded an Honorary Doctorate degree in Business Administration from The University of Strathclyde in recognition of his efforts to develop leaders.